On Thursday 3 February we were delighted to host a fantastic evening of Jazz Music in the main theatre, organised by Y13 students Ben Cunningham-Walker and Josh Kaushal.  Entirely student led, whether on the stage, in the technical team or front of house - it was a really lovely evening of high quality performances from solos through to larger ensembles including the Senior Jazz Orchestra and Gospel Choir. Ben and Josh also invited some of their friends from other local schools who they perform with at the High Wycombe Music Centre

The concert was in memory of Ben’s father who passed away a few years and influenced Ben in his love for Jazz. The evening was in aid of the Oxford Hospitals Charity. Ben spoke movingly about his father and the importance of the charity for him and his family. By the end of the evening, a staggering £3576 had been raised for the charity. Congratulations to Ben and Josh and all involved in this very worthy cause. 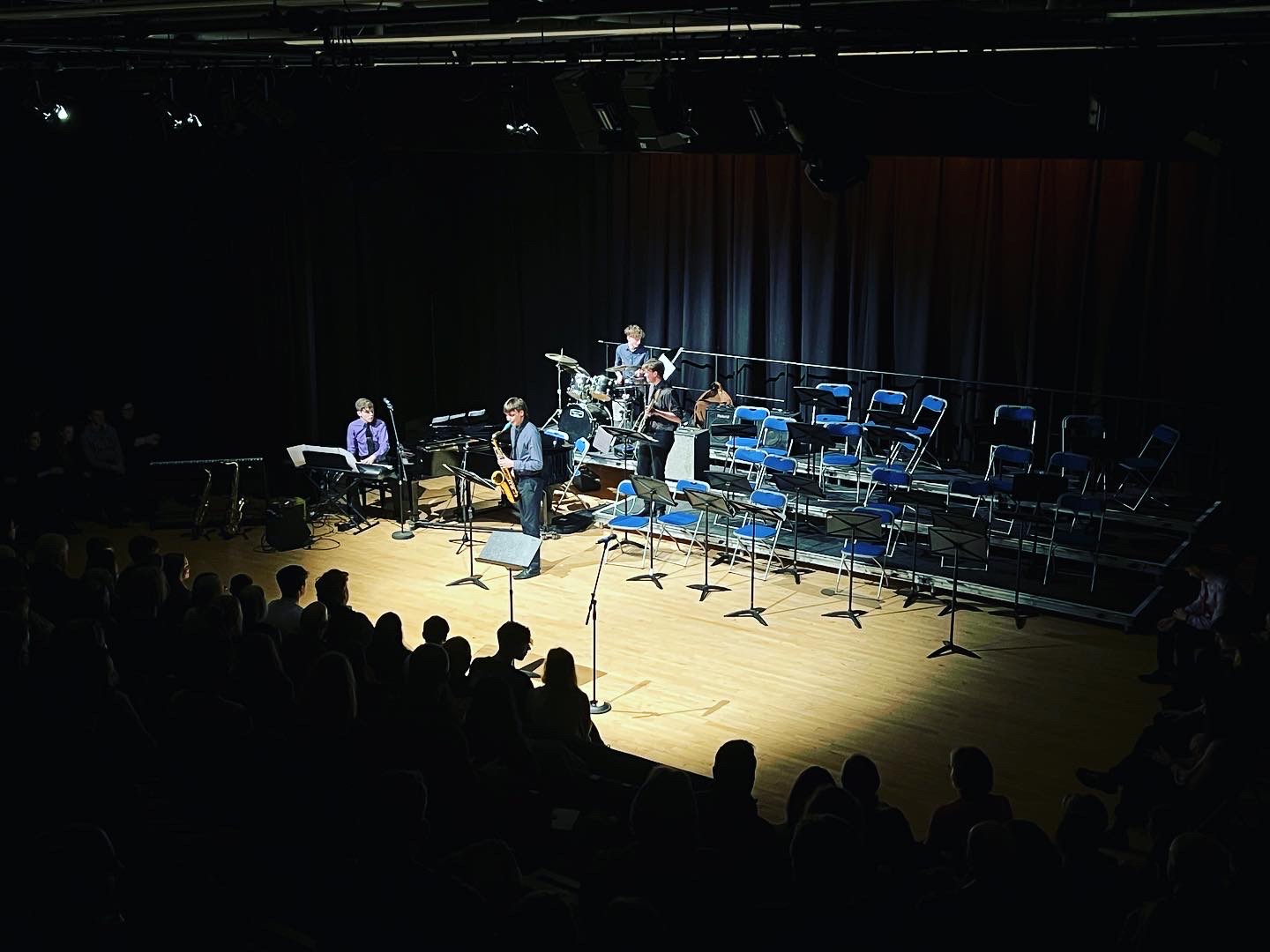 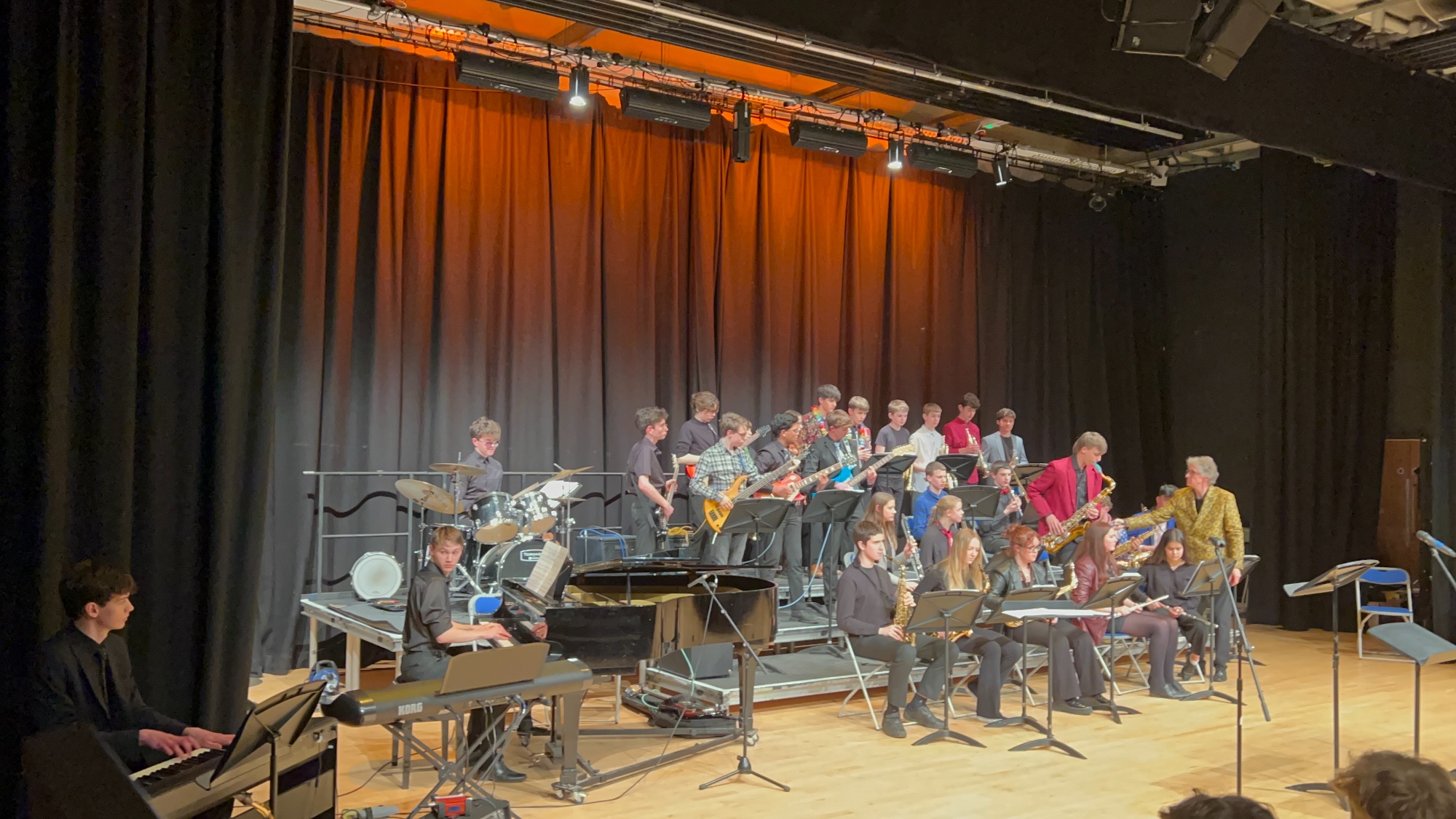