Congratulations to Year 12 pupil Andrew Lindley for being invited on board HM the Queen's RowBarge, the Gloriana, to attend the Royal Salute  for the Platinum Jubilee celebrations.  Andrew is a Petty Officer Cadet in the Sea Cadet Corps, and Her Majesty's Lord Lieutenant Cadet for the Royal County of Berkshire.  Andrew has detailed his experience as follows:

I was invited by Her Majesty the Queen’s Lord Lieutenant for Berkshire , Mr James Puxley,  to attend the Royal Salute aboard HM the Queen’s RowBarge, the Gloriana. I was selected as HM Lord Lieutenant Cadet Back for Berkshire at the end of last year, and the Platinum Jubilee celebrations have been planned long in advance, all the way back to my appointment. We started off at Bray Lock, and travelled all the way down to Windsor Bridge to take the Royal Salute. It was an amazing atmosphere with thousands upon thousands of people lining the river bank, and all the vessels on the river sounding their horns for thirty seconds during the salute.  We then travelled along the very busy River Thames all the way to Staines and Runnymede, where I was lucky enough to lead the Salute to HM the Queen, as well as welcome and speak to many dignitaries. Some of the Dignitaries aboard included, the Mayor of WIndsor and the surrounding towns, Lord Sterling of Plainstowe, and the head of British rowing and many more. The River was packed for around 10 miles of riverbanks. The Gloriana was an amazing boat, covered in gold and hand painted oars, and I was surprised to learn that a singular oar aboard the Gloriana is £2,000. Although she was unable to attend, the Queen was home in Windsor Castle, and undoubtedly heard the cheering and horn salute from the river, to celebrate HM 70 years of service. 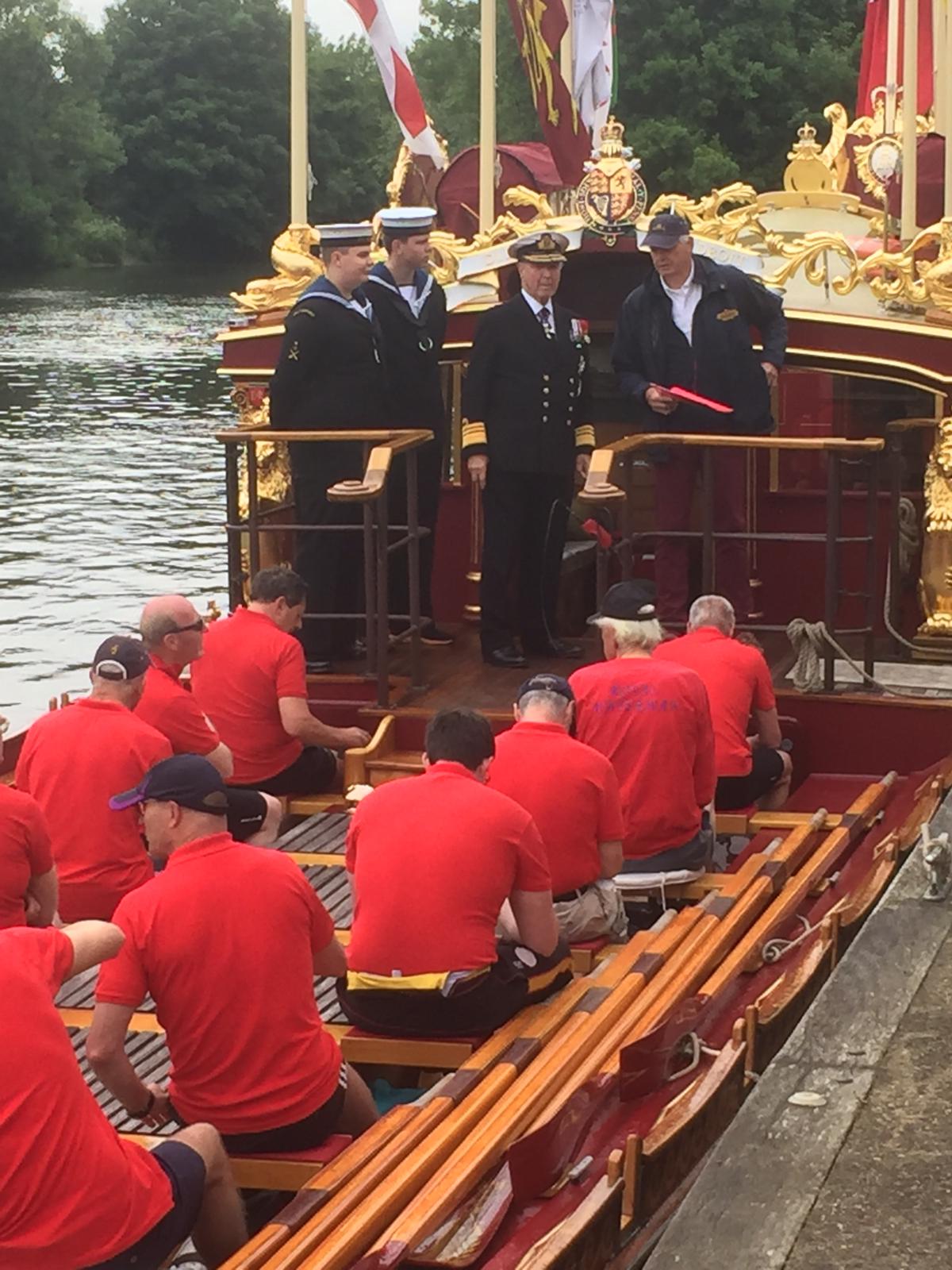