This year, the musical calendar at Borlase was kicked off with the Autumn Chamber Concert, displaying the musical talent of students from Year 7 to 13. The concert started with violinist Jack Francis, who played Vivaldi’s Allegro confidently and expertly. Then Lauren Bull performed So in Love from Kiss Me Kate, a brilliantly written, emotive piece of music. Next, Lois Jenkins played the guitar piece, Heart of Spain with talent and chill. Fin Engelberts skilfully followed with Gabriel’s Oboe, performed on- you guessed it- an oboe. After Fin’s amazing performance, Edward Bunting sang a fun piece called The Owls, singing beautifully and telling the story of the song wonderfully. Next, Ethan Currie played By The Limpid Stream astonishingly, and as an amateur pianist, I am jealous of his talent! This was followed by Logan Foster-Lyons, who expertly performed Neon by John Mayer, a funky piece for both guitar and voice.

Next, Ruby Sharma performed Fantasia No. 12 on her flute, and although I know nothing about flute, I know she played insanely well! Then Eliska Hodkova skilfully sang The Bird’s Lament, with envying control and talent. Next, Jagat Klair played I Hear What You Say beautifully, making the audience sway in their seats. Imogen Downes then played Aria on the flute, skilfully and elegantly. Then Max Robinson sang a fun piece called Monsters, with charm and fun. The concert ended with a bang as Mahlee Lelyveld performed a fun trombone piece with bravado. Overall the evening was very successful, with both the performers and the audience members leaving smiling. 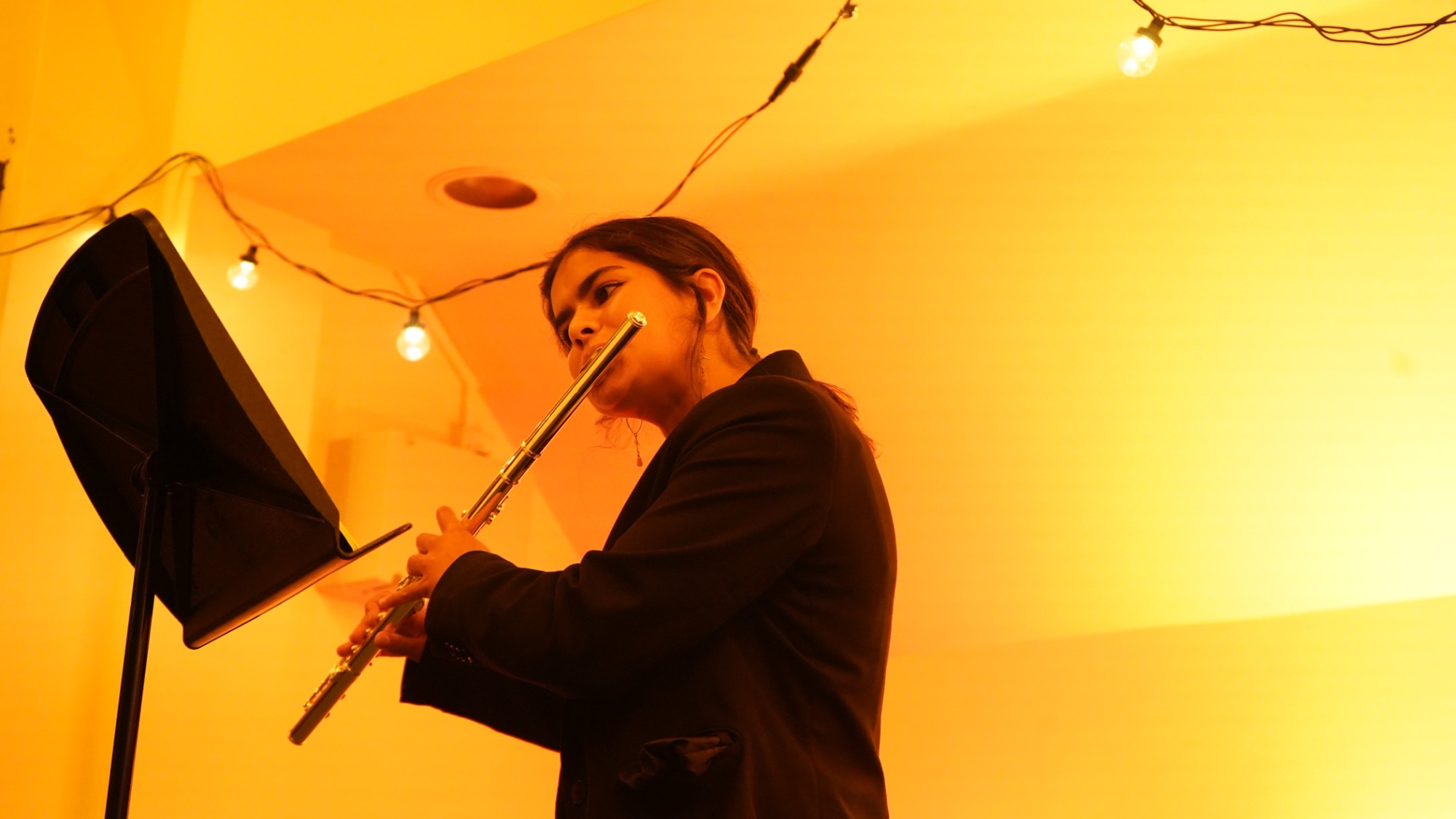 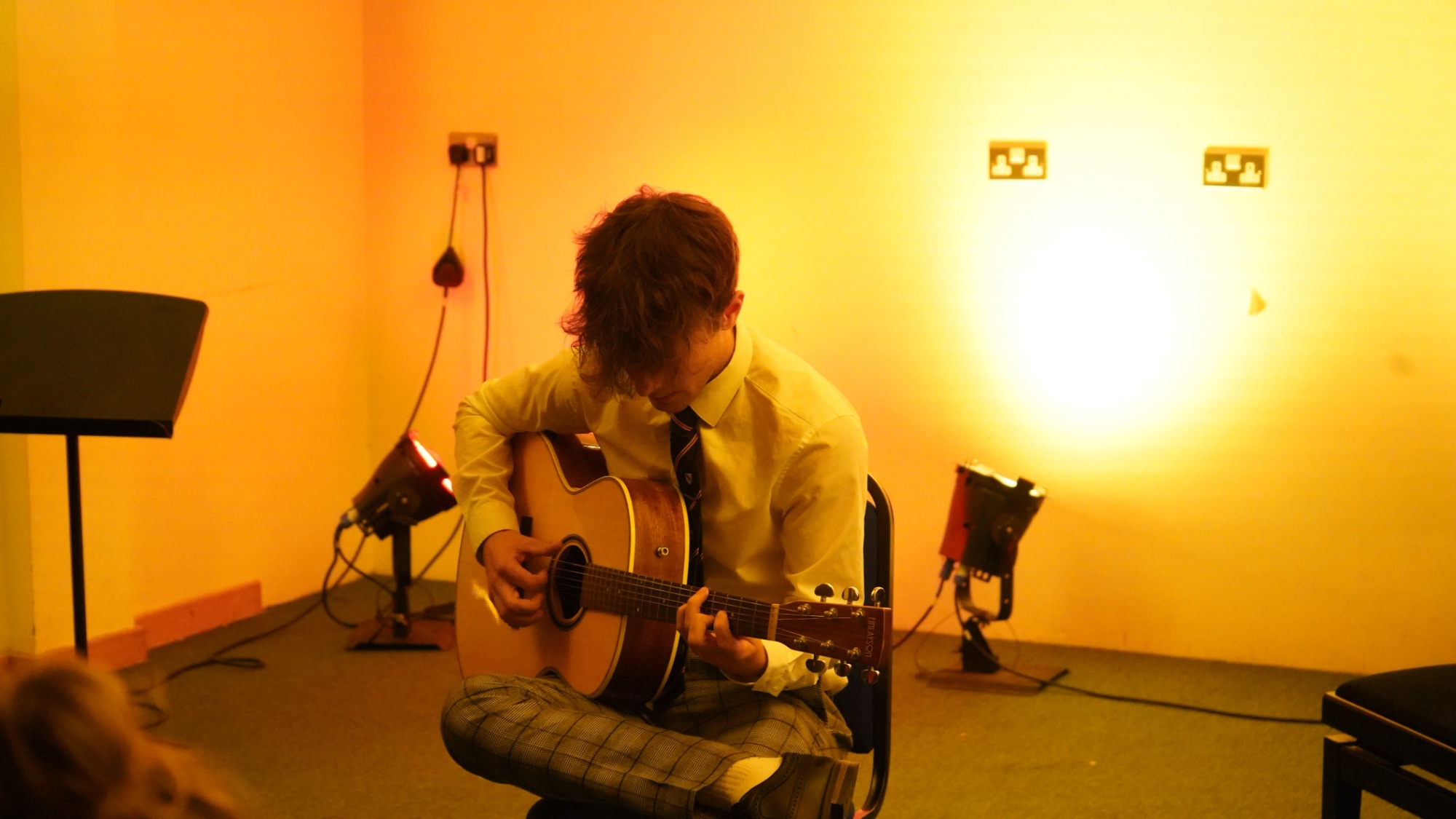 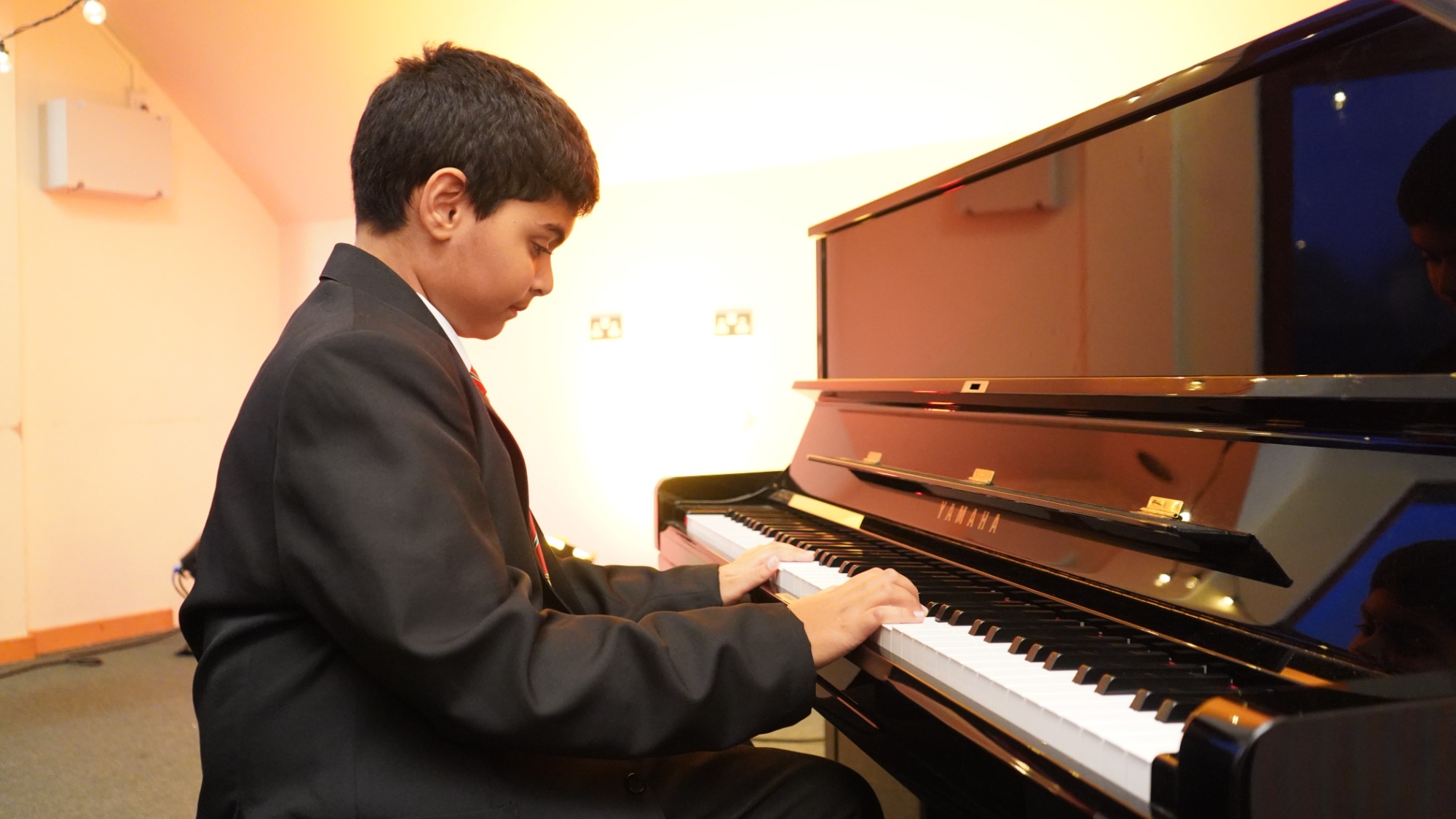