Young Scientist of the Year 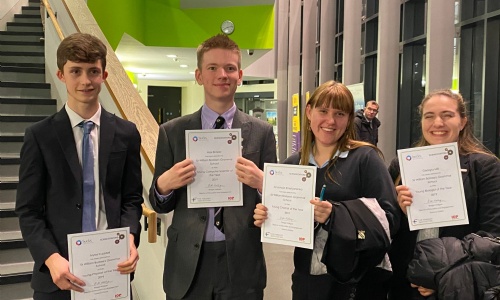 The Young Scientist of the Year Awards ceremony, organised by Science Oxford and held at Bucks New University,  hosted some of the county's most outstanding Year 13 science students, based on progress made during their A-Level courses or in recognition of their enthusiasm and commitment to the subject. They were presented with certificates and listened to a variety of fascinating and inspirational speakers in the field of  AI, Game Development, The Future of Batteries and about Astrophysics and Space Exploration. The event was very well organised and was a good opportunity to meet and talk with other young scientists.