Both online and in a smaller-scale service and ceremony than usual, Borlase commemorated Remembrance Day.

Due to the restrictions imposed by COVID we were unable to hold our traditional Remembrance Service in the Chapel with all of Year 7 and invited guests. Instead, we organised a smaller scale Chapel Service and ceremony on Chapel Lawn which we were able to broadcast live to the wider school and beyond. 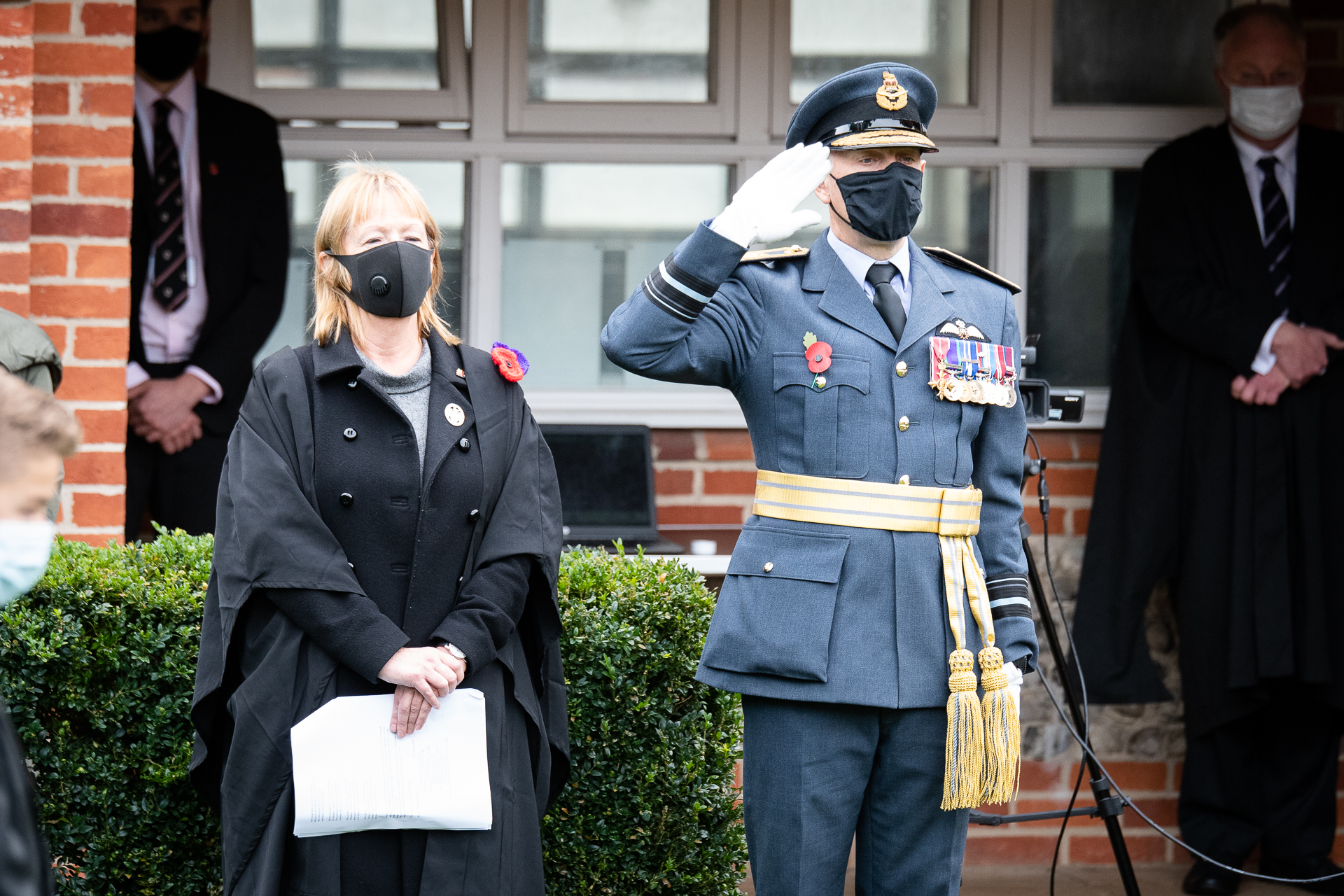 Old Borlasians Club.  Air Vice-Marshal Duguid spoke powerfully about the importance of remembrance and, in particular, the sacrifice of members of the RAF in this the 80th anniversary year of the Battle of Britain.  The service also featured beautifully read poetry by our School Captains and Vice Captains and superb singing by the Chapel Choir and soloist Elenor Vockins.

On Chapel Lawn, following the service, a brass quintet played as the guests and senior prefects laid wreaths and, as is now traditional, six Year 7 students placed commemorative poppies into the WW1 centenary sculpture that is normally by the altar in the Chapel.  The Second World War roll call of the fallen was read and Ben Jones then played the Last Post before the school, united across all its classrooms, joined for a two minute silence. 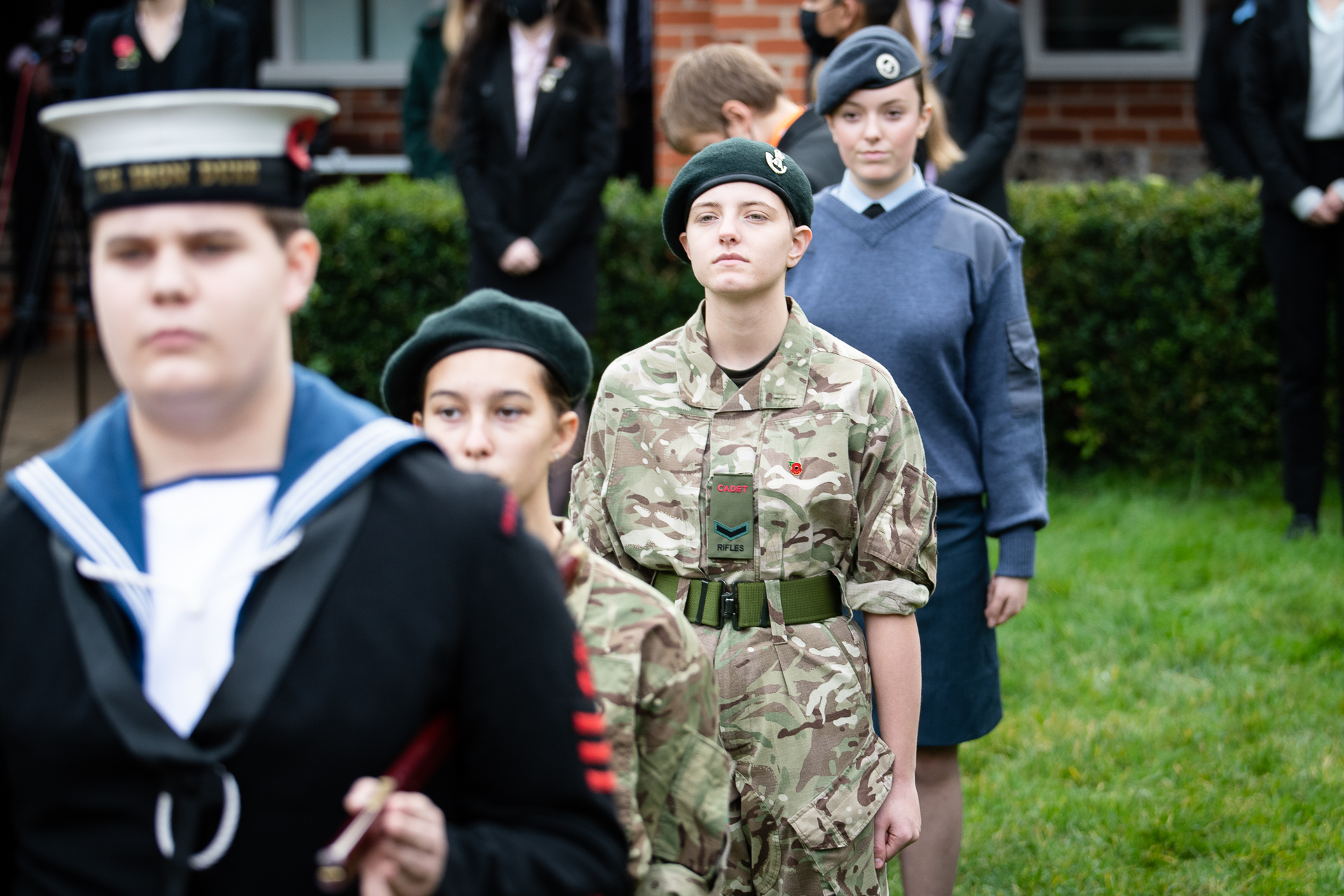 An honour guard was provided by eight current Borlase students in their cadet uniforms, who were pleased to have the opportunity to speak to Air Vice-Marshal Duguid after the ceremony concluded.  Many thanks to Mrs Lewington-Chislett and her team for the IT and filming work and to Mr Joel for taking photos of the ceremony.